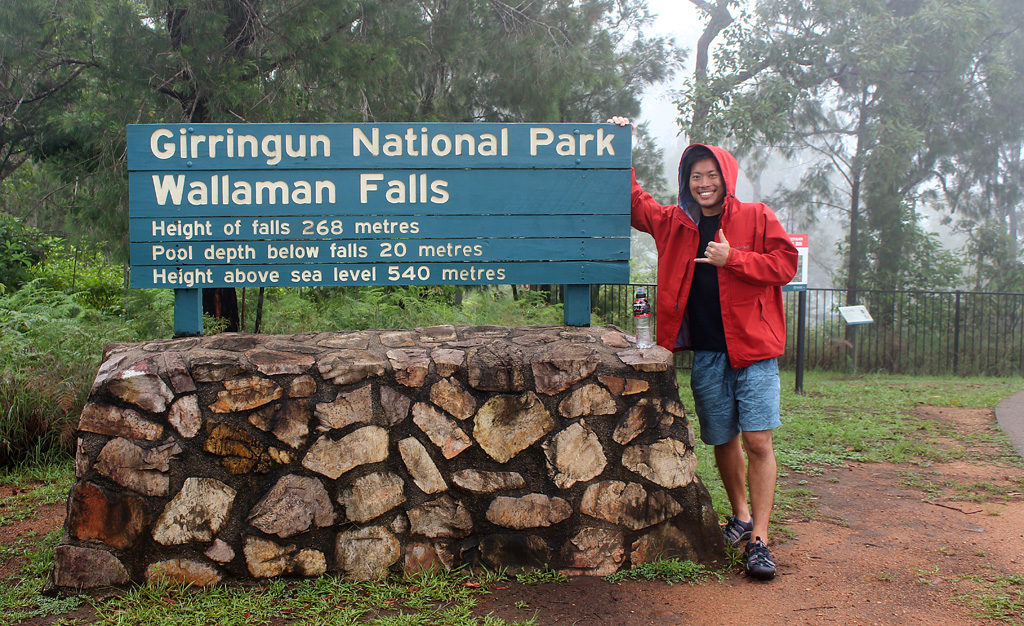 It was one of these unexpected situations, when you smile and say to yourself: “How awesome can life be?”

The plan was to visit Australia’s highest waterfall which was in the mountains roughly 50km away from the next city and highway. But when I met this guy from Japan my spontaneous decision to drive there was nothing against his. But let’s start from the beginning. 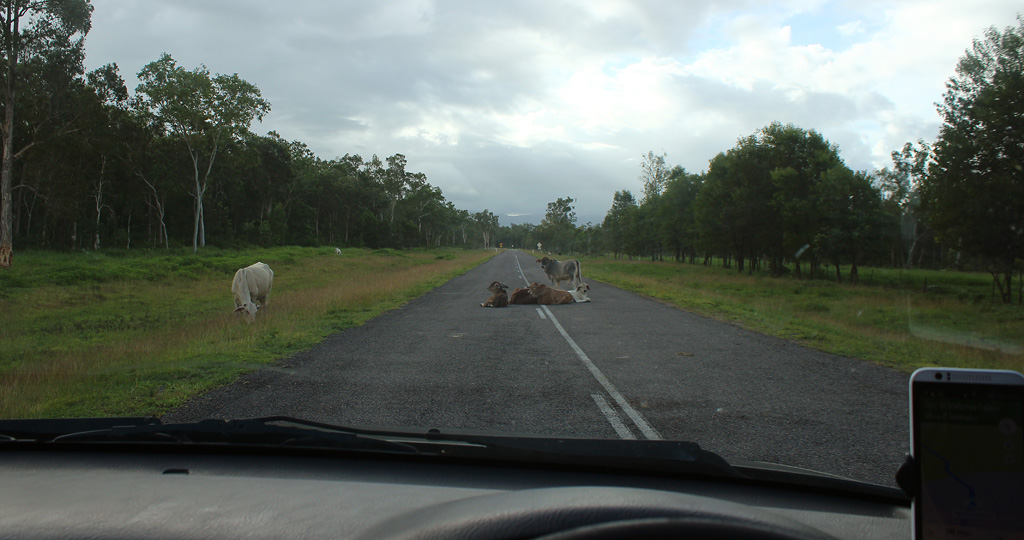 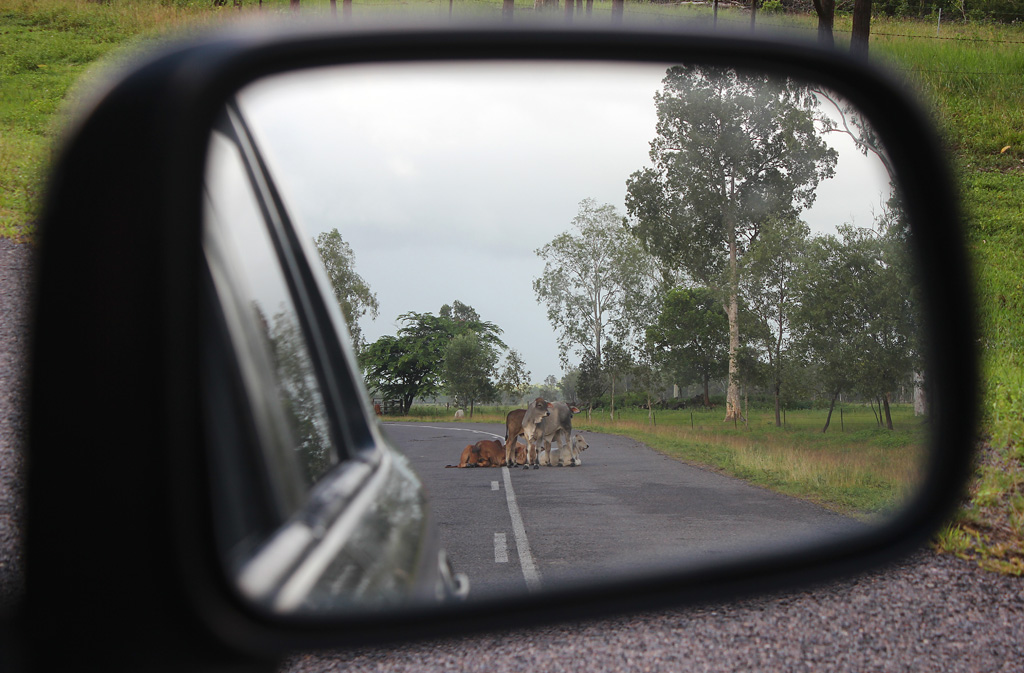 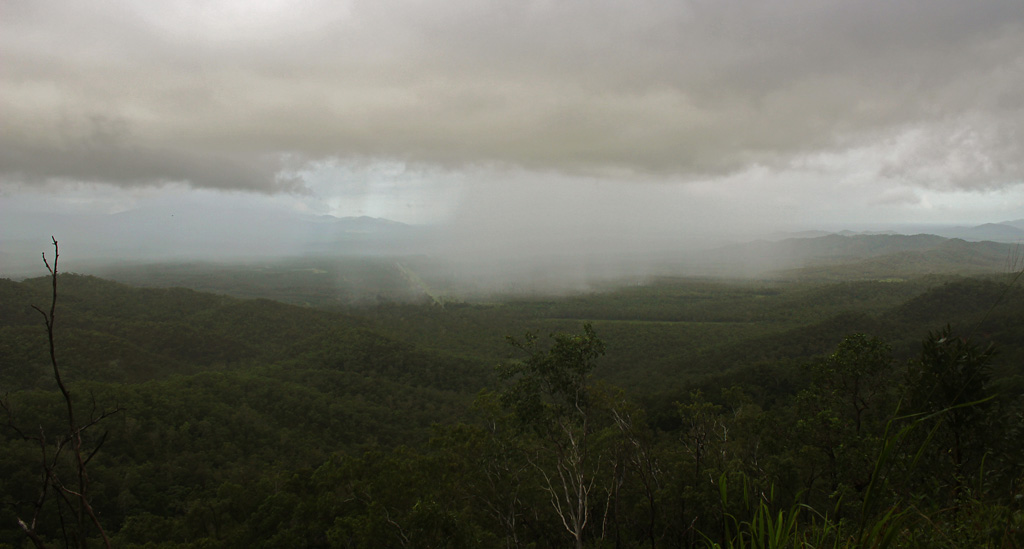 I arrived and could hear it! But after half an hour of waiting it started getting dark. So I left to the camping next to the falls. 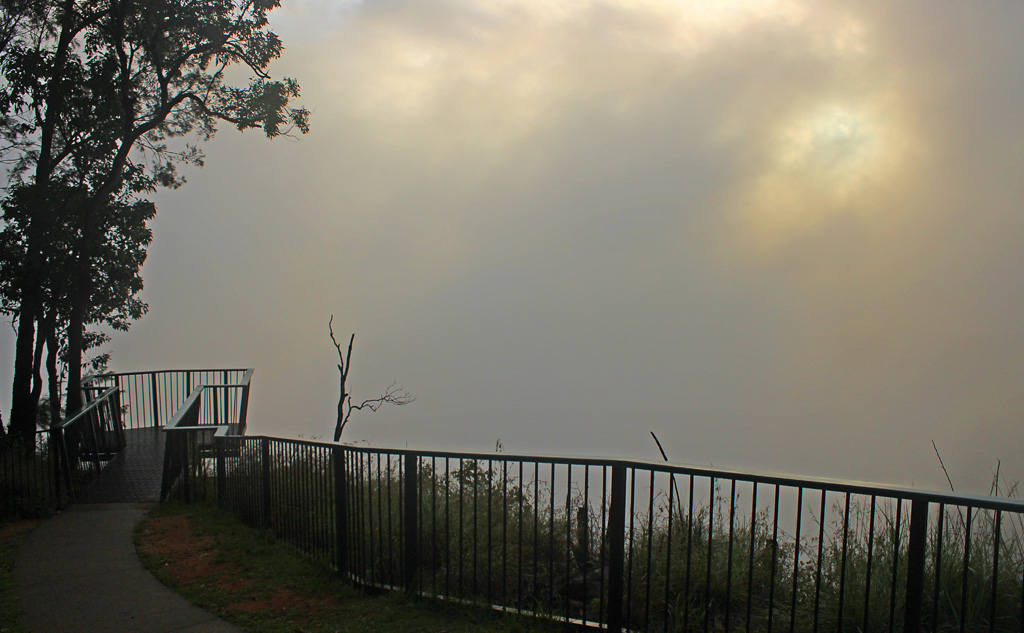 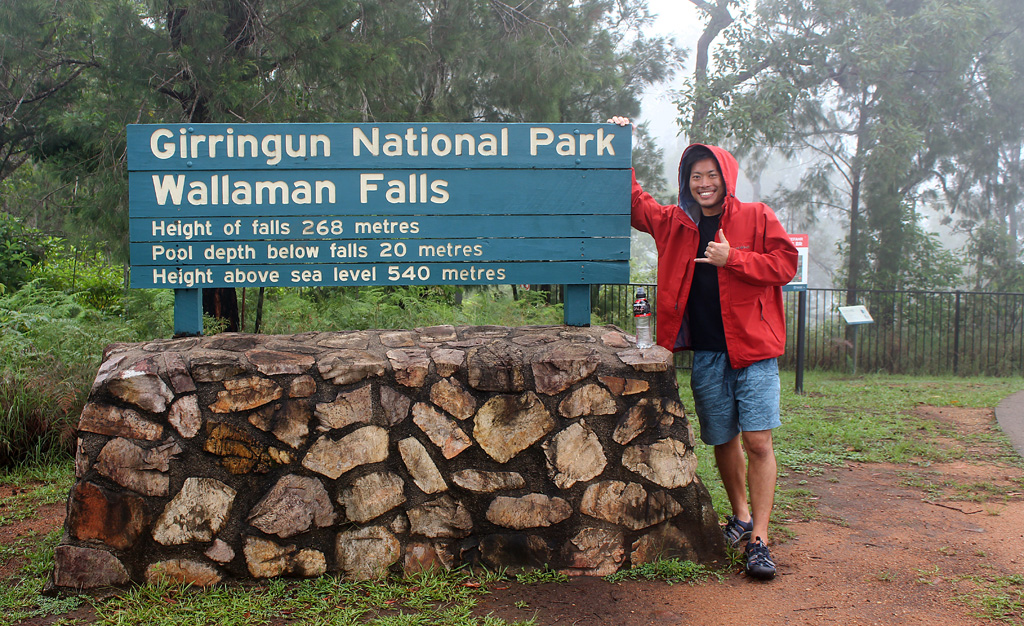 On the next morning I got up at 5.30am to be at the falls for the sunrise. It was raining a lot during the night so I slept in the car. After preparing my sheila (my vehicle) again from sleeping mode to driving mode, I started my 2 minutes drive to the falls.

I couldn’t believe my eyes when I saw a backpacker on this short way walking. The camping ground was almost empty, so where did he come from? I stopped next to him and offered him a ride. He was happy about it and jumped in. First I couldn’t believe what he told me, but then he came up with so much details, that it had to be true.

He arrived yesterday in Ingham, the closest city to the falls, but missed the last bus which could have brought him to the falls. So he spontaneously decided to walk the distance of 51km! With just two 0,5l bottles of water, a chocolate and a slice of pizza, he started his journey up the mountain.

It had become already dark, when he encountered the cows you saw above. Not knowing if they will let him pass or not, he managed to sneak around them somehow. But they were not his only difficulty. He soon ran out of water and food which started to demoralized him. And what if he was walking the wrong way? His head must have made him crazy… or was he already?

Little brooks created by the heavy rain during the night, gave him the opportunity to rehydrate himself. But still he couldn’t feel save. After 10 hours of no sleep and only walking through the dark he met me.

His name is Makoto, 26, from Japan and he told me, he never saw a waterfall in his life before. I gave him water and yummy breakfast as a first refreshment. We sat down next to the waterfall, when he told me all the details. Naive, recklessly or crazy… or all of them. But what a strong will!

Unfortunately his feet began to hurt after brekki, so that he could not join me on the trail down to the falls. He waited at the viewpoint and enjoyed the quite cloudy view. 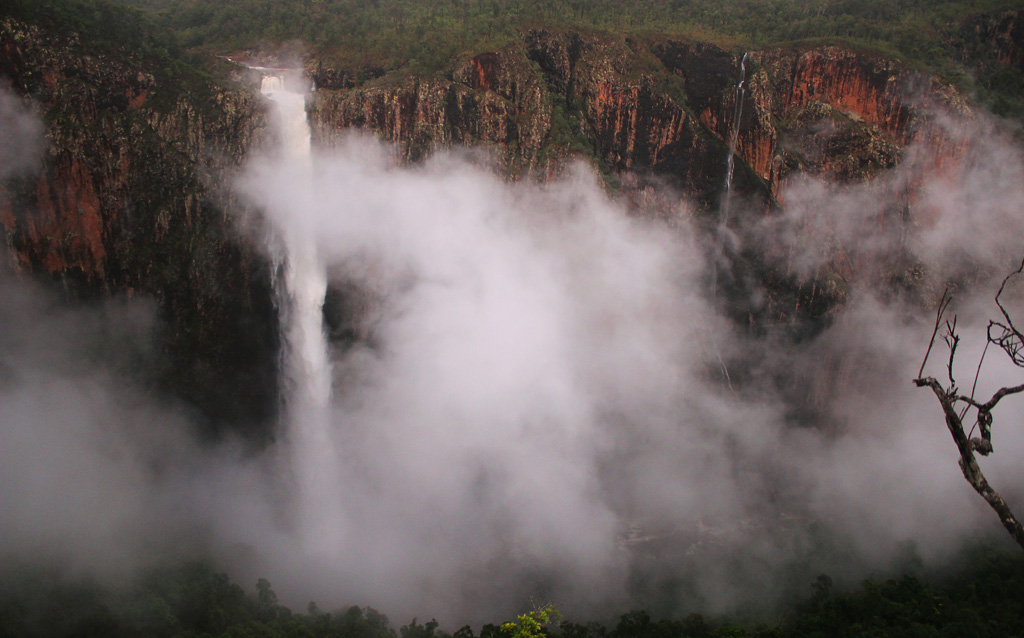 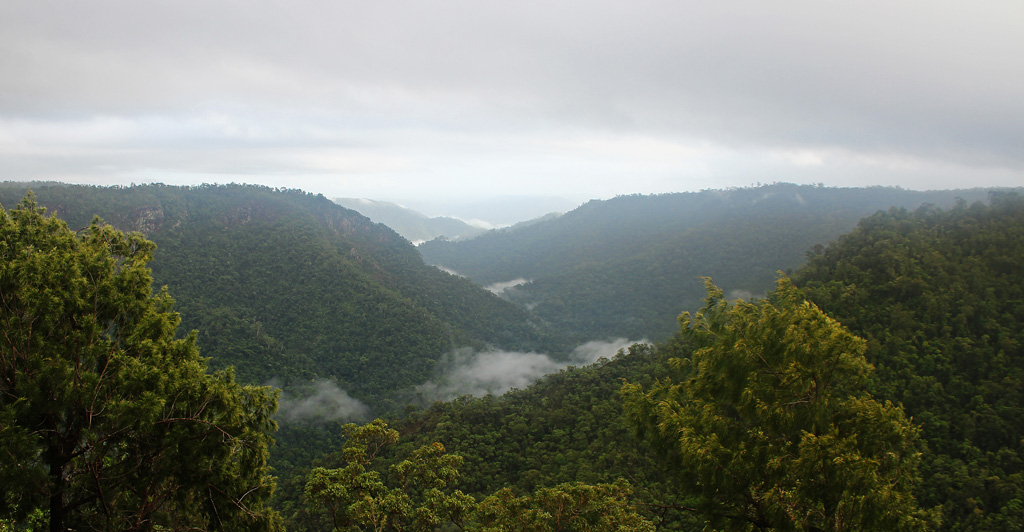 I took a 2km trail down to get a closer look. 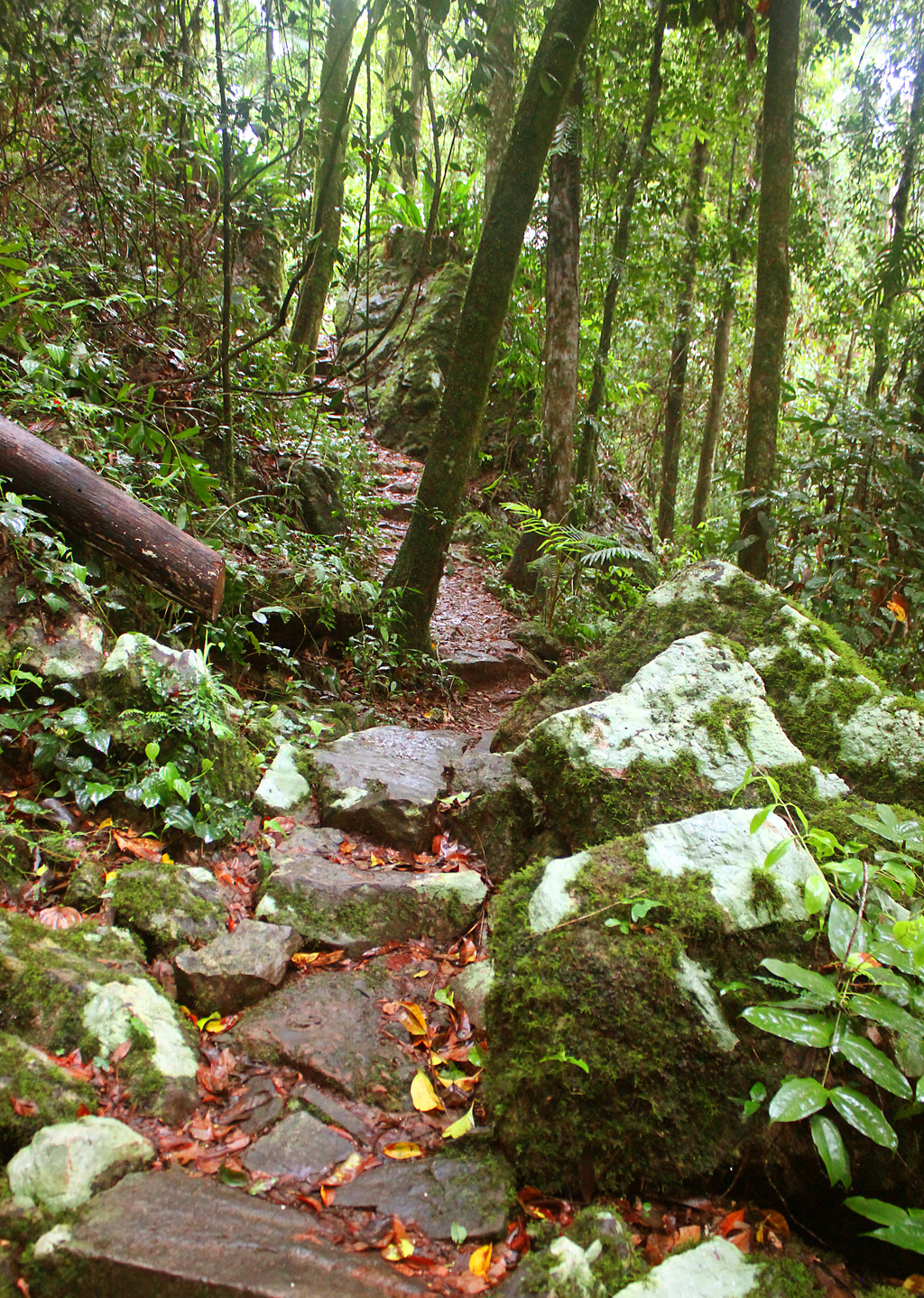 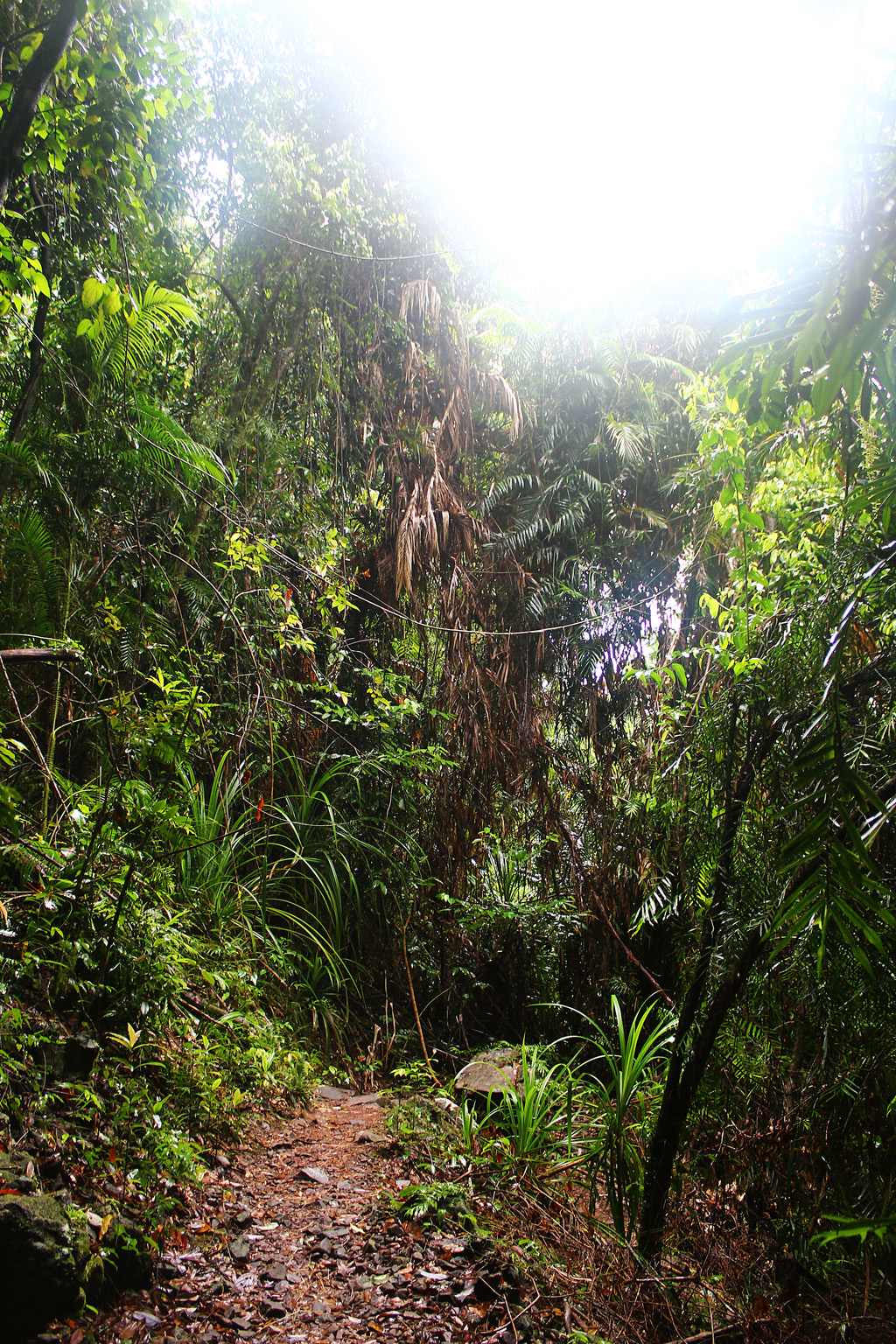 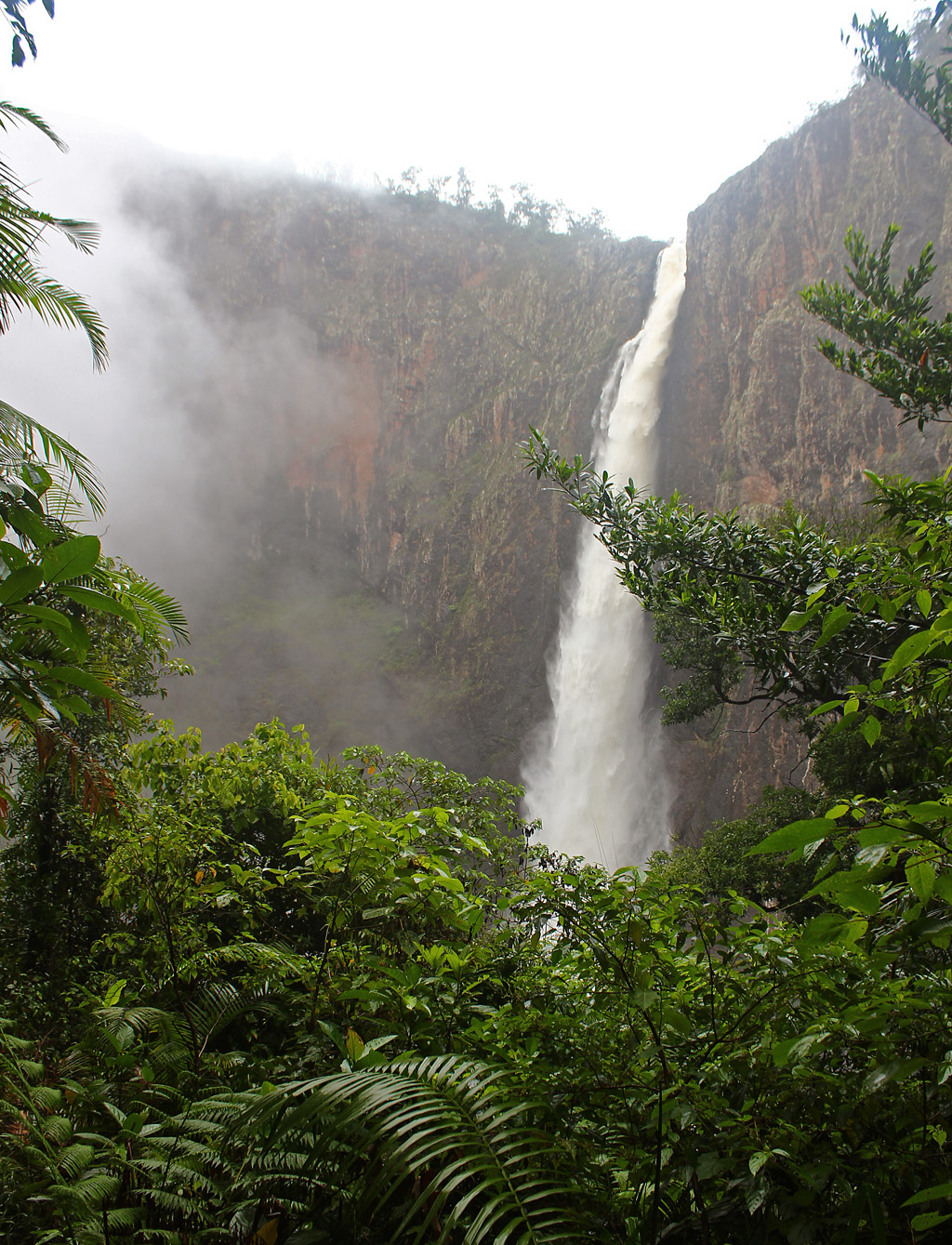 The video and the last photos were taken during the wettest conditions, I ever experienced. It was like a horizontal shower constantly blowing again me. Unfortunately (and in a way of course) these shots don’t reproduce the powerful smashing of water masses with its deafening noise. Anyway, I’m proud of my Canon 600D which has to endure a lot with me. One love! 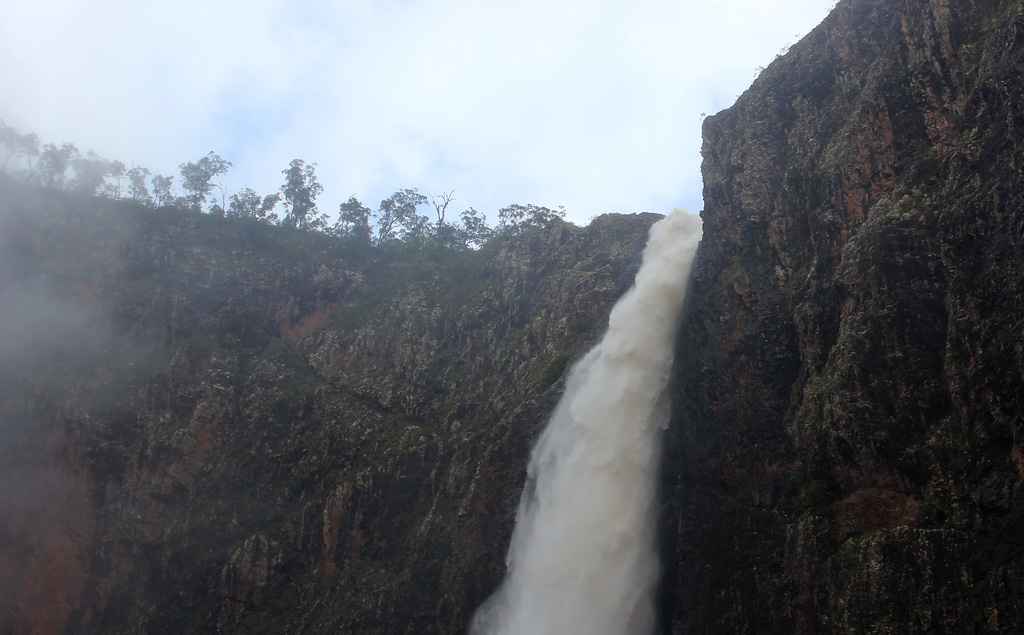 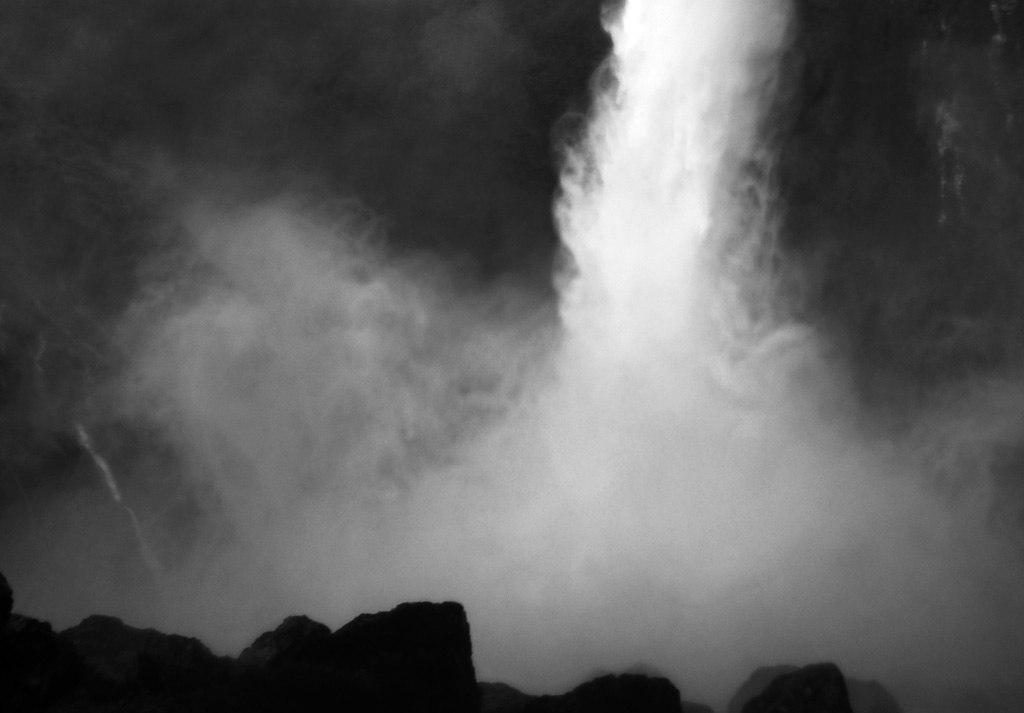 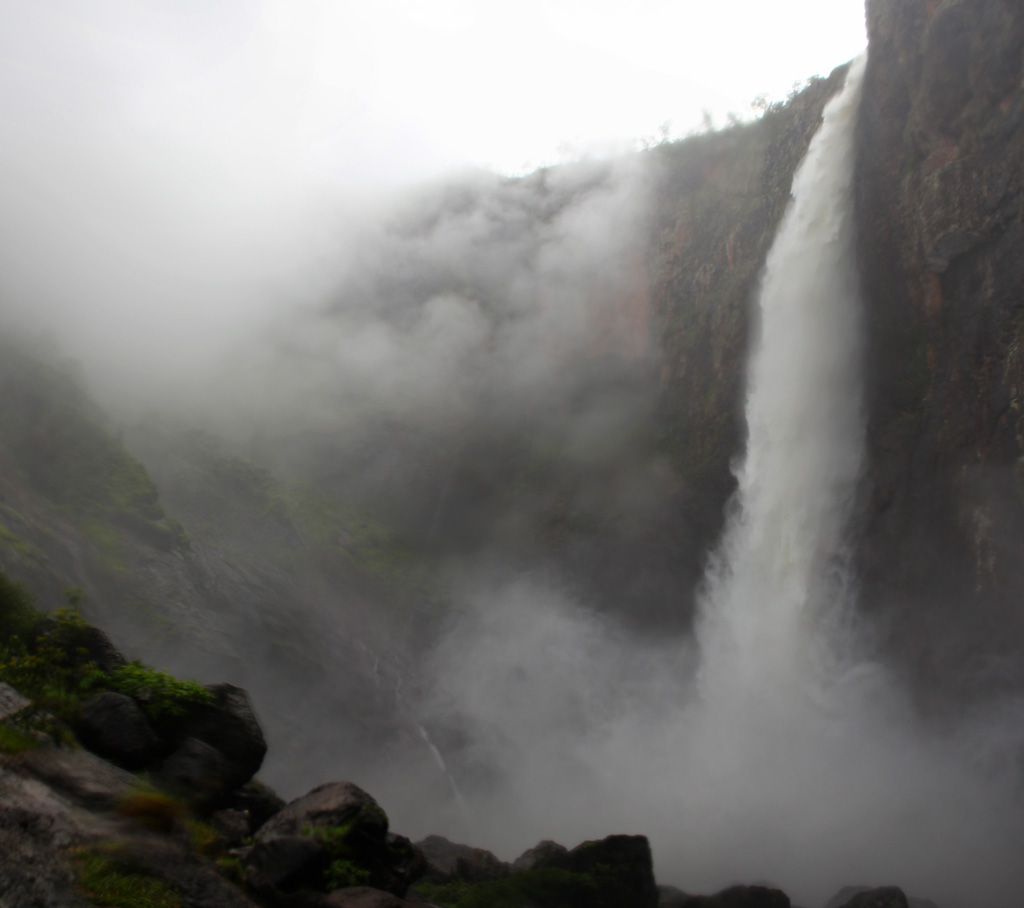 I was really lucky to arrive at the foot of the fall in exactly that moment when no cloud was there. Was it destiny, coincidence or maybe karma? How awesome can life be? I smiled.

When I got back to Makoto, he was still awake and happy. I convinced him to come with me and get back to Ingham. There was nothing and no one else here why he should stay. On our 55 minutes drive he was so excited to see the beautiful way through the forest now during daylight.

“Hey Makoto, you really impressed me! I still have the cup! A good reminder to stop too much thinking and start living! I would have liked to travel with you more, but I know you had to be back to work very soon. Anyway, we will see us soon mate!” 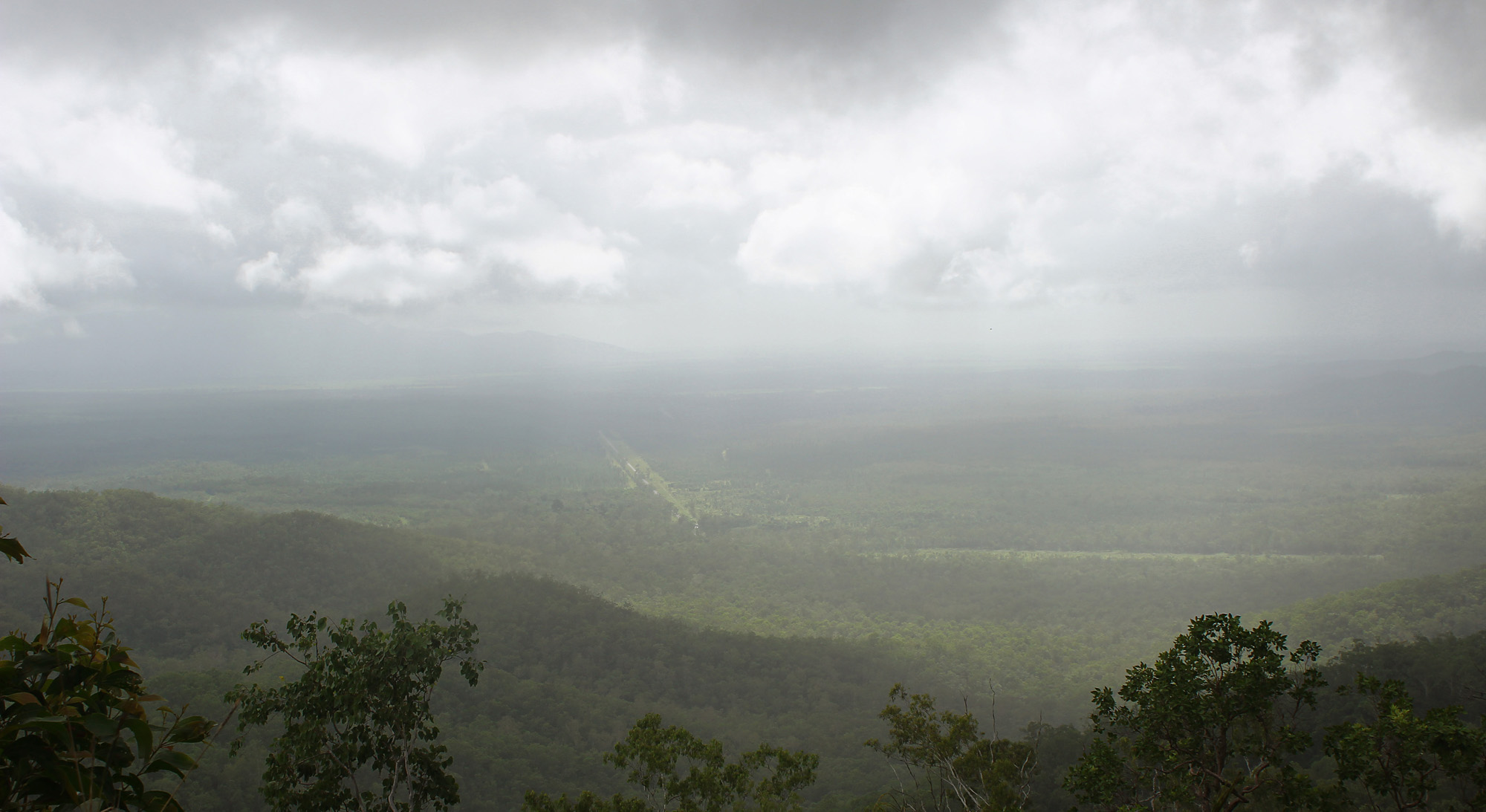