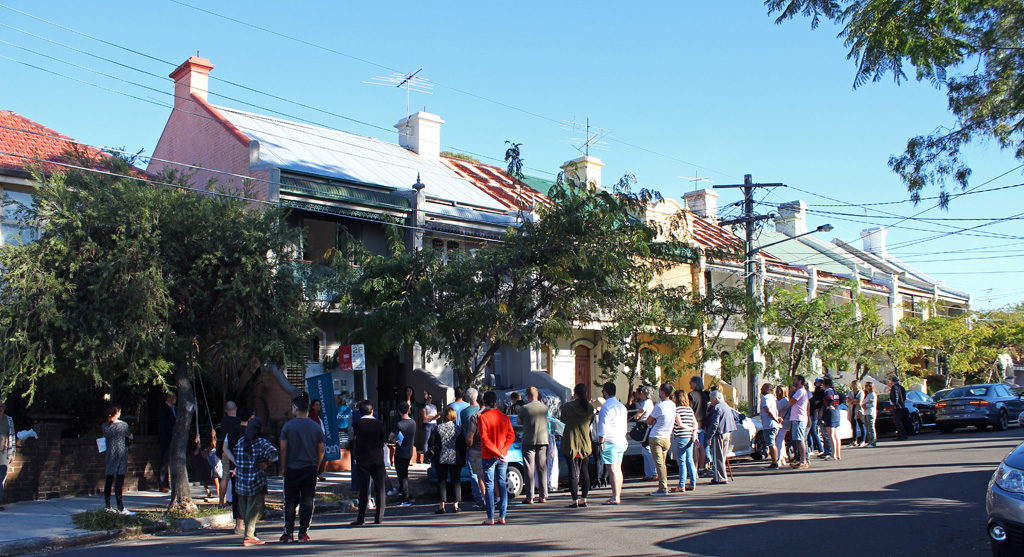 14th most expensive city in the world

It was a sunny Saturday afternoon. I had recently moved to my new shared house in Newtown and went for a walk around the new neighborhood. That’s what I always do in the beginning. There is so much to discover, when you take the time and just observe what’s going on.

I liked the area with it’s small and narrowed houses from the colonial age. Like sardines next to each other but every tiny front garden decorated individually.

On my way back I came to a crossroad close to my new home. On the other side of the street a small crowd of people were standing in front of a building and a woman with a strong voice was announcing something. As new member of the community it was my obligation to take a closer look and see what was going on there.

Even from far away I could read the big letters “auction” on the flags on each corner of the house. Three women were in the middle of attention (see below). The one in the middle, the spokesman, was tall, tough and with a pencil in her deep neckline. Ready to sign when no more bids arrive. On the left the initiator and probably best paid person for just standing there. On the right a wannabe cool recording clerk with the sunnies of her boyfriend to see exactly who said which amount.

The hustle and bustle went on for another 20min. With her dominant words the spokesman squeezed the last pennies out of the ten competitors, but it seemed they had not much left. 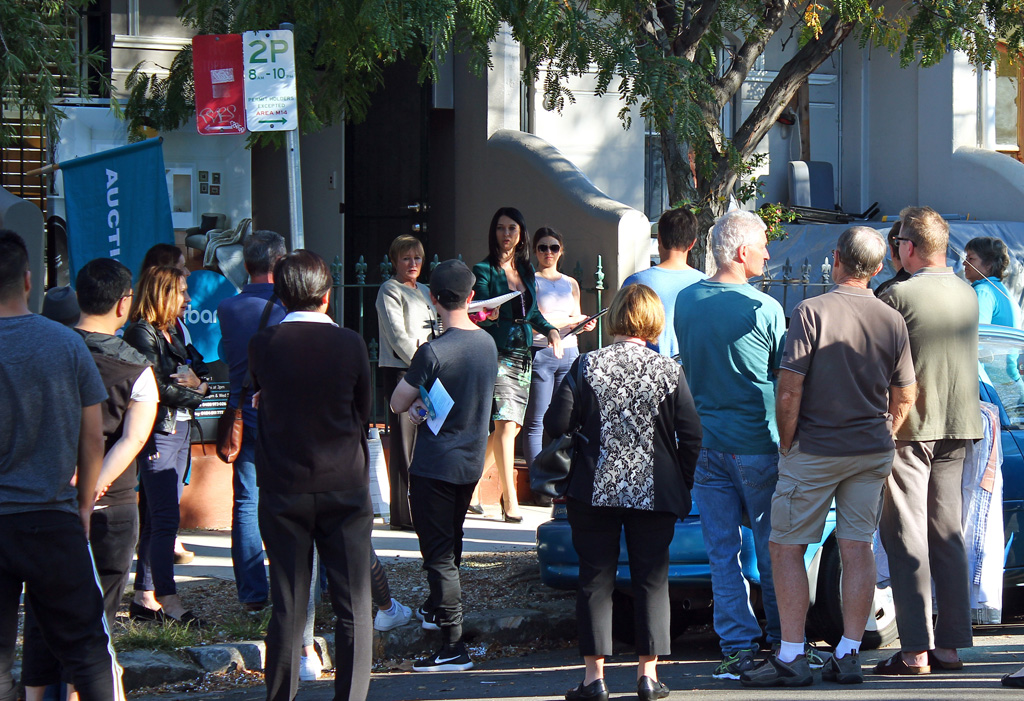 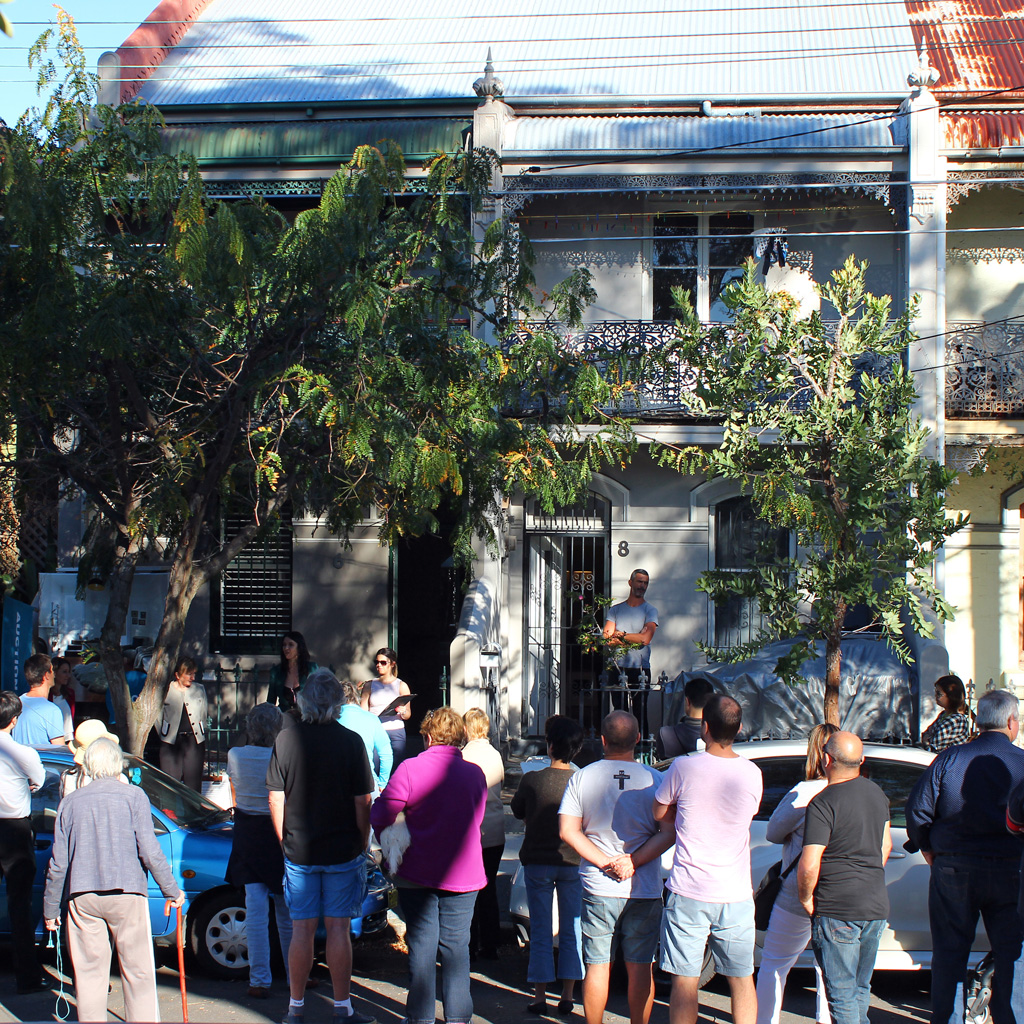 A week later the streets were flushed with this flyer below telling everyone how much money some people are willing to spend on a relatively small house in Erskineville. I anonymized their ad because this blog post should not help them to promote their lazy business.

What happened these Saturday made me thinking. Maybe everything is fine and the buyer at the auction just had the $1.806.000,00 in his pocket, maybe he went afterwards straight to the bank and is paying the loan for the rest of his life? The majority of all people in the world is doing such a decision not more than once in their life.

Compared to other areas in the city, this was a relatively small amount for an auction. And Sydney is currently on rank 14th of the world’s most expensive cities. Just one of a lot more cities with a lot more auctions… isn’t it crazy how much money people are willing to spend just for a roof over their head?

THE MOST EXPENSIVE CITIES IN THE WORLD